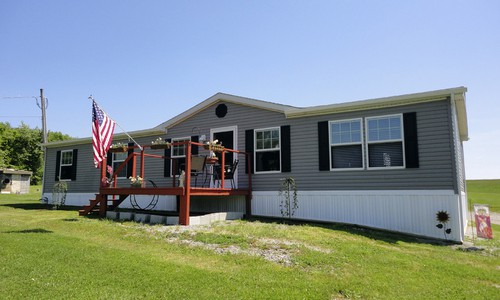 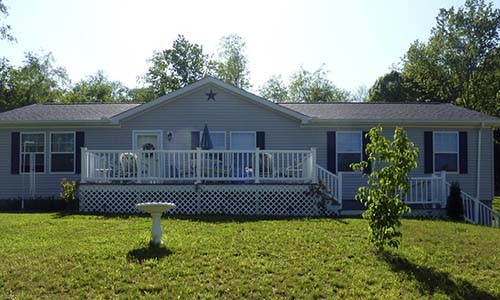 To provide quality housing at an affordable price with customer service as our number one priority.

Riverview Homes, Inc. (RHI) is the largest builder of modular, manufactured, and mobile homes in Pennsylvania, providing quality housing at an affordable price. Family owned and operated since 1970, RHI has an unmatched reputation for customer satisfaction.

The company was founded by two local families and is now run by the second generation of the original owners. With humble beginnings in the auto industry, RHI has grown to be one of the most respected dealerships in the entire manufactured home industry. With retail sales approaching $20 million, the employees of RHI still consider the individual retail customer as the single most important part of RHI's success.

RHI has always prided itself on the quality and expertise of its employees. RHI employs approximately 50 of your family, friends, and neighbors. We have experts in every facet of the manufactured home industry, which include sales, setup, service, insurance, and financing.

RHI's number one service goal has always been CUSTOMER SATISFACTION. We have always taken pride in our outstanding service department. With around 25 factory trained service professionals, RHI believes that we can handle any problem that may arise with your manufactured home. We have experts in foundations, utility hook-ups, furnaces, site preparation, home delivery, and repairs.

RHI has 20+ trained sales professionals. Almost 30% of these employees have 10+ years of service with Riverview. With so many long-term employees, not only do you get quality and professional assistance, you also get all of the professional contacts that our people have made over the years with banks, manufacturers, contractors, and others.

RHI has 6 sales centers, each with over $1 million worth of furnished, decorated, and priced inventory set up and ready for your viewing pleasure. RHI's entire inventory is unlocked every day and priced for your stress free viewing. RHI has always welcomed buyers, browsers, and lookers. Our 6 sales centers are located in Butler, Carmichaels, Greensburg, New Alexandria, Prospect, and Vandergrift.

Robert graduated from Kiski Area High School in 1979, and has worked in the family business in one form or another since its opening in 1970. He worked Saturdays, summers, and after school for years. He started out washing cars and eventually moved on to the service department. Once he turned 16, he started working in the sales office after school and on weekends. He graduated from Indiana University of PA with a degree in business in 1982, and immediately went to work at Riverview full-time. Since 1982, he has worked at all of the Riverview sales centers, but mainly worked alongside his dad at the headquarters in Vandergrift. Upon his dad's retirement in the early 90's, he was elected to the position of President.

John has been involved in Riverview Homes since childhood. He started in the service department as a "lot boy" while he was still in Junior High. Eventually, he worked his way up to a driver's position, where he delivered and installed homes until 1988. He then moved into the sales department at the Vandergrift Sales Center. Currently, as Vice President, he manages the sales team at RHI. John was elected to the PA Manufactured Housing Association Board in 2001, and still holds a board seat as the Southwest District Director. He also serves as the chairman of PMHA's Retailer Committee, and sits on their P.A.C. Committee. John sits on both the Commodore Homes and Pennwest Homes Builder Councils. He is also very involved with RHI's in-house training program.

Growing up around the family business, Krysta has been involved in the manufactured housing industry most of her life and is now third generation at Riverview Homes. Starting in 2005, she worked every summer throughout high school and college as a Social Media Coordinator and Administrative Assistant. After high school, she attended Washington and Jefferson College and graduated in 2011, with a Bachelor's Degree in Business Administration, an Emphasis on Human Resource Management, and a minor in Psychology. After graduation, Krysta started her full time career at Riverview as a Home Consultant in the Sales Department. She worked in sales for 2 years and then moved to the Corporate Office in Vandergrift, acting as a Web Designer, Marketing Assistant, and Social Media Coordinator. In May of 2017, she began assisting the sales teams at the Carmichaels and Vandergrift locations, and by the end of 2017 she was also assisting the sales team at the New Alexandria location. On January 1st, 2018, Krysta became one of the Riverview owners, acting as the Secretary/Treasurer. Currently, Krysta helps manage the sales teams at 3 locations, maintains the RHI website and social media accounts, and assists with marketing and advertising.

Jack was raised in Harmarville and attended Aspinwall High School. After graduating, he attended Duquesne University through the ROTC program and spent four years in the Air Force. He continued serving his country by spending another 16 years in the Air National Guard, retiring as a Lieutenant Colonel. After moving to Freeport in 1959, raising 4 sons, and working for the Valley Daily News, Jack and Sam started Riverview Homes in 1970. Jack passed away in 1997, and now his oldest son Douglas has taken over as an owner of Riverview Homes.

Sam was born and raised in the Bell Township area of Westmoreland County, where he and his wife still reside. He graduated from Bell Township High School in 1958, and then served in the US Army with the Military Police Unit. In 1970, Sam and his business partner and friend, Jack Rehak, founded Riverview Homes. Sam's sons (Robert & John) and granddaughter (Krysta) are now owners and operators of the 50 year family business. Sam still shows up for work almost every day between the months of May and October, and you can usually find him designing advertisements for the local newspapers. The rest of the year, Sam and his wife enjoy retirement.
© Copyright 2022 Riverview Homes, Inc.
Website Design by
Indigo Boost
contact 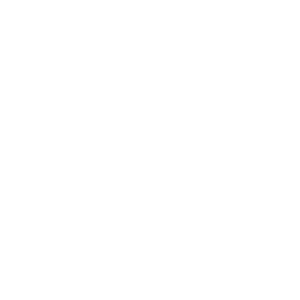